Last weekend was graduation! It was a great time to spend with family, and I'm sooo happy to officially have both degrees now. YAY for no longer having to explain to people how I'm a graduate student, but don't technically have my bachelors degree yet!!

I posted photos of the day on facebook, but I had to include this one of me and Ms. Daisy, after all 90% of this blog is about her... 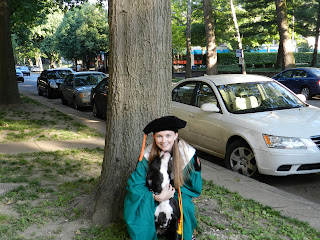 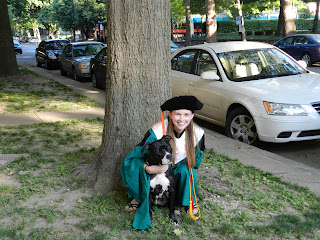 I'm now back home, and actually unpacked at home for the first time in years! (I haven't been at home for longer than a week or so in sooo long it is ridiculous)
But even though school is over and my apartment has been packed up, driven up to Batavia, and then unpacked here... I still am super busy because I'm busy planning this...

In case you can't tell, that is a 3000 mile roundtrip plan from Chicago to the Badlands to Mt. Rushmore to Yellowstone Natl Park to Grand Teton Natl Park to Denver back to Chicago.

Chris and I leave on our roadtrip and camping extravaganza on Monday and I have discovered that trips taken without your parents require a lot of planning. I have also discovered that I really really like planning all these trips. Heck - I might even write a blog about all the planning - although I doubt I'll have time.

On a positive note, Daisy is staying at home with my and my parents and our elderdog, Sydney, until Chris and I get back from the trip and Chris takes Daisy home with him. Daisy and Sydney are doing great together! Daisy is actually showing submissive behavior towards Syd - something I didn't know if I would ever see. So proud of her. I know that all of this is confusing for her, but I know that my parents will take good care of her while we are gone. And I think she will love the backyard of Chris' new home.

I'm quickly checking things off the St. Louis bucket list, but I keep forgetting to bring my camera to document these experiences. However, I did take photos of paddle-boating. I've wanted to do this for awhile, and it was a lot of fun, if only it wasn't so super hot the day we did it. It was probably at least 87 which, if you ask me, is waaaay too hot for the first weekend of May. 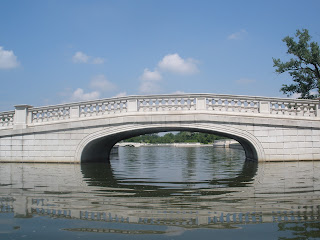 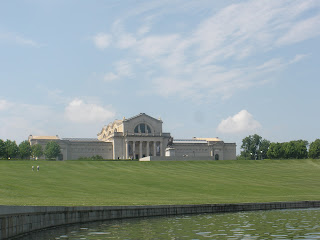 But art hill, was as usual, beautiful. 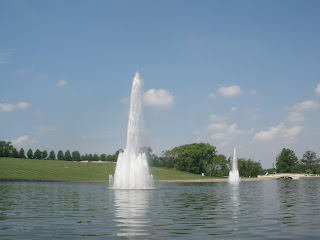 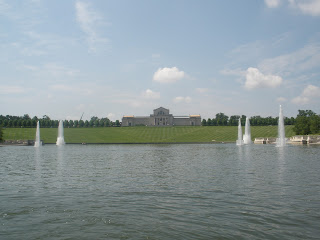 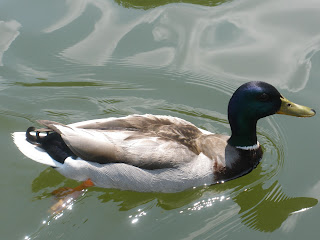 Then a little duck came and followed us for awhile. She was a pretty thing, but I think she was hoping we had some food to give her. Sorry to disappoint Ms. Ducky.

In other news, the boyfriend officially adopted Daisy. So they are both just thrilled about that. And it looks like Daisy will be getting a lovely home with a nice backyard for her in Lexington. I'll put up some photos of it, once all the details are set. I'll be sure to visit her there plenty. (Maybe, while I'm in Lexington I'll go visit the boy too, we'll see)

Graduation is on Thursday/Friday and then its a whirlwind of family and packing. I'm hoping to head out of STL (sad!) on Sunday and spend a week un-packing and re-packing for the road trip which I haven't been very busy planning. (My mother gave me a sickness- I plan with way too much detail...)

So excited for the road trip and then my trip to Ecuador! June will be very busy and I'll likely be very MIA from here. But - considering the number of views I got from the blog post about Thurtene was more than all the page views before combined.... I don't think there will be too many people broken-hearted about my blogging absence.

So awhile ago I was thinking that I would love to go do a Boulevard Brewery tour in Kansas City. Kansas City is an easy drive away from St. Louis and I've never been, but at the same time it's not like KC has enough to offer that it would be worth taking a trip there from farther away. So KC and especially the Boulevard Brewery tour came a priority. This was way back in January
I figured it shouldn't be too hard, we could go any friday/weekend of pretty much the entire semester. Then I went to Boulevard's website. Did you know it is nearly impossible to book a tour with them? There wasn't a single tour slot that had space for 2 people for the next 3 months. And they only allow you to book a tour three months in advance. So we quickly figured that if we wait for them to post tour slots for the very last weekend in April and by checking on a daily basis were able to book a tour slot for April 28th way back at the end of January.

We decided to just do a quick 30 some hours in KC because we didn't want to pay for two nights of hotel and I had to get home to write a paper (woot!)

Friday night we went to get barbecue at Jack Stack which  is a nice sit down bbq restaurant. It seemed weird to me, BBQ shouldn't be served in a dimly light restaurant. After that we hung out at the hotel for awhile until it was late enough and then went down to the power & light district. This was kind of weird too, it was like a giant outdoor dance party surrounded by different bars. The bar we went to was called flying saucers (apparently it's a chain) and they had a ton of different beers on tap. It was a cool place.

Saturday we first went to KC city market. Its a lot like the Soulard Farmer's Market in STL, but less crowded and claustrophobic. It was cool. They were selling a lot of plants and it seemed like a lot of the farmers were small farms instead of the large distributors that sell at Soulard. 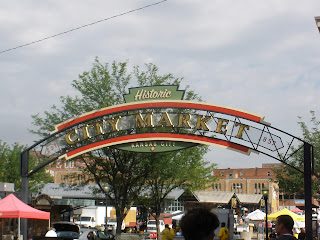 So many spices! And they were so cheap! 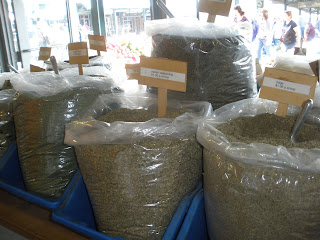 Next it was time for the main attraction! Boulevard! It's a pretty cool brewery. They have grown a lot in the last 20 odd years, quite impressive! They are now the 10th largest craft brewery and the 17th largest brewery in the country. 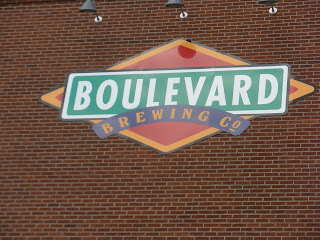 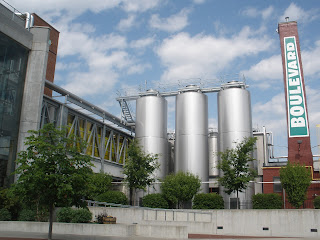 The most exciting thing was that their bottling line was running while we were there. They said it is quite unusual that they bottle on Saturday and they must be behind somehow! Impressive considering I've done the STL Anheuser-Busch Brewery tour 3x and they are supposed to be bottling 24/7 and yet it has never ACTUALLY been running when I'm there. = LAME! 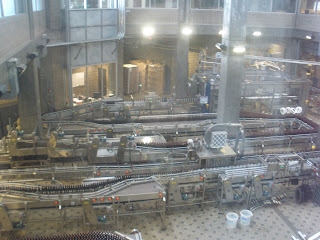 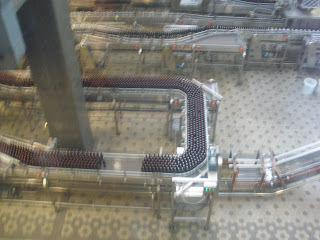 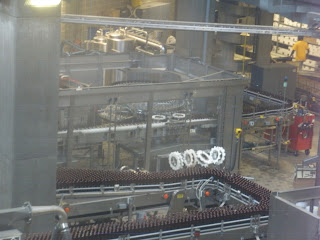 After the tour you get to sample 4 of their different beers. Most of the ones they had available I had already tried which was a little disappointing. But, it was fun and I'm glad I went!

After the tour, Chris and I went and explored the various parks throughout KC. They were very nice and have sooo many fountains. Fountains always make things look prettier!
For lunch we tried another BBQ joint - more our expected hole in the wall type place. Turned out to be even more hole in the wall than I expected. It was in a gas station! With a line of at least 120 people stretching out the door. And it was good! The meat was delicious! Especially the ribs. I'm always going to compare every BBQ place to Pappy's, but I'd say that the meat was just as good but the sides and the atmosphere completely lose out to pappys.

Kansas City was a great trip! Worth the gas and one night of hotel!

Lisa
My name is Lisa and I'm graduating in May of 2012. Learning a lot about what it takes to become a real person, and doing pretty well at it so far. In my free time I like to cook, do yoga, play with my dog and watch trashy television shows!